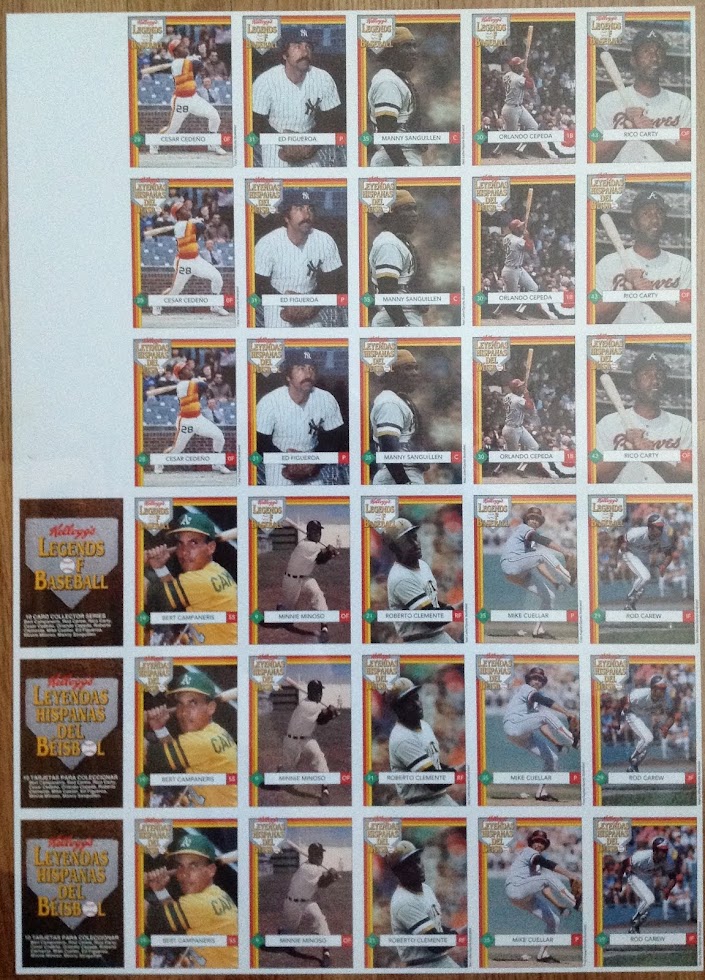 Back for the next three cards in the 1978 set.  There have been some nice card backs in this set so I hope the trend continues. 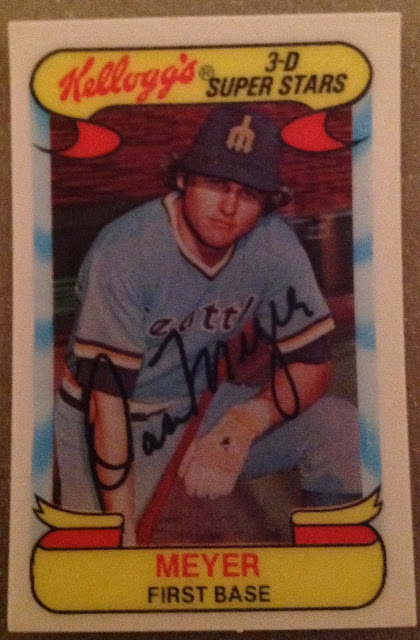 Meyer mentions handball as a hobby.  I don't remember seeing that on any other cards so far.  He had a solid year with the Mariners after being selected in the Expansion Draft.

He was signed as a second baseman but he also played first base and left field.

Not on the card - I would never have pictured him playing second base.  In his career he played in 952 games in the field (including DH).  He played 1B, 3B, LF, RF, CF and DH but he never played any games at 2B. 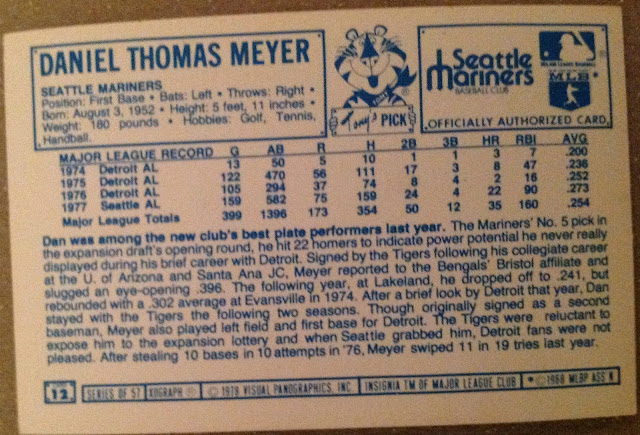 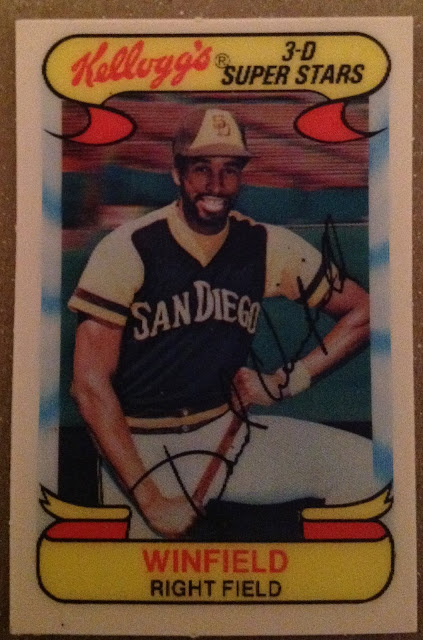 How are those hobbies - art, fashion and reading?  I will need to check his other cards to see what he mentioned.  He listed the same ones in 1977 and two of them in 1980.

He is a star who never played in the minors.  He had lots of career bests and led the Padres in almost anything.

Winfield was a basketball and baseball star at the University of Minnesota.  I didn't know that he was also a star pitcher with a 13-2 record.

He was drafted by the Atlanta Hawks (NBA), the Padres (MLB), the Utah Stars (ABA) and the Minnesota Vikings (NFL). 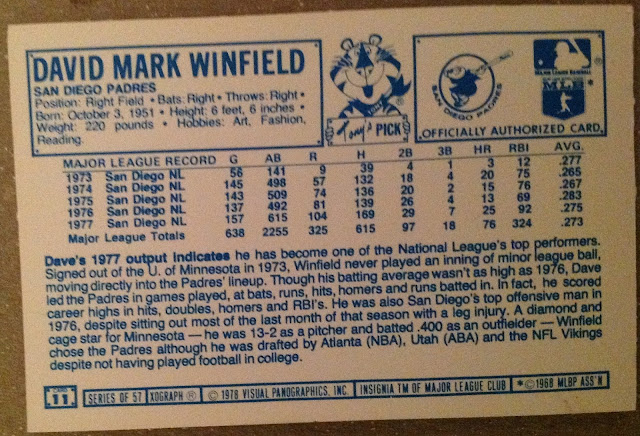 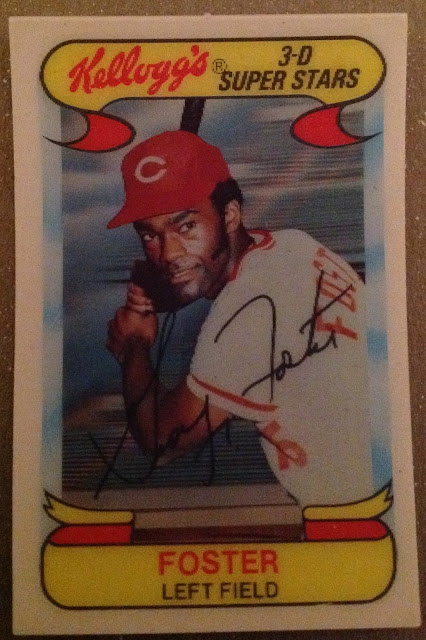 Foster is celebrating his 70th birthday today.  I wonder if he will play any records?

He was traded from the Giants to the Reds.

Not on the card - that trade in 1971 was for Frank Duffy and Vern Geishert.  The Reds got 11 seasons, mostly amazing out of Foster.  Duffy lasted until the end of that season and ended up in another bad Giants trade where they got Sam McDowell for Duffy and Gaylord Perry.  Geishert only played in the majors in 1969.

Kellogg's said that "Foster finally convinced the Reds he was the answer to their lingering left field problem."  What does that mean?  He did play some of each outfield position for a few years, but in 1977 he played 143 of his 158 games in left field. 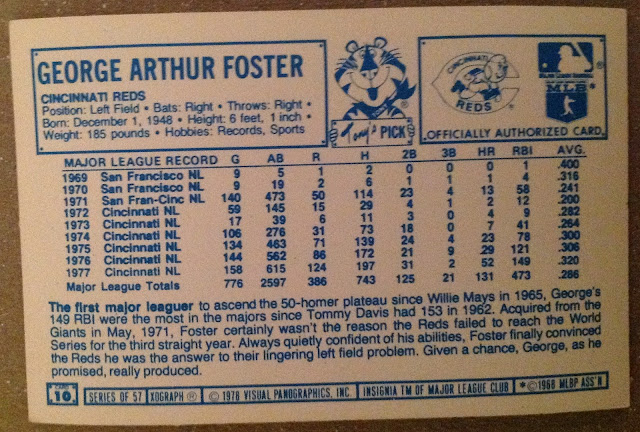 Posted by RunForeKelloggs at 5:50 PM