What Other Sites Are Breaking Open Kellogg's Packs

Vintagebreaks.com hasn't opened a Kellogg's pack in two months.  The last one can be seen here -
Vintage Breaks 4-09-19 Kellogg's Pack

This pack followed the same pattern as every other pack.  The 15-card sheet sequence has been consistent.

Are there other sites that have Kellogg's packs being opened?  If you know of any please let me know.
Posted by RunForeKelloggs at 7:30 AM No comments:

Yes, I am still trying to get all of the variations.  I just got five more in the mail today in a lot of 1979 unopened packs.  I'm getting close to completing the first print run in unopened packs. 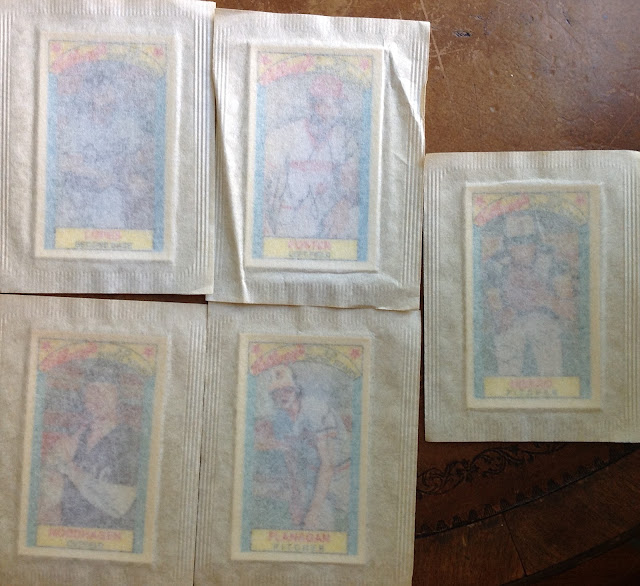 Here is what I need now for the first print run. 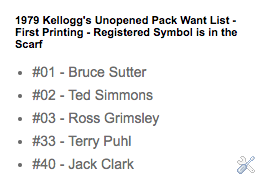 It looks like a 1976 list since the first three cards in the set weren't issued in cereal boxes.  I did see one of them sell on ebay in a pack, so I don't know what to believe.
Posted by RunForeKelloggs at 12:46 PM No comments:

Email ThisBlogThis!Share to TwitterShare to FacebookShare to Pinterest
Labels: 1979

The Trading Card Database (tradingcarddb.com)  lists the Kellogg's sets from Japan.  2009 is not listed. 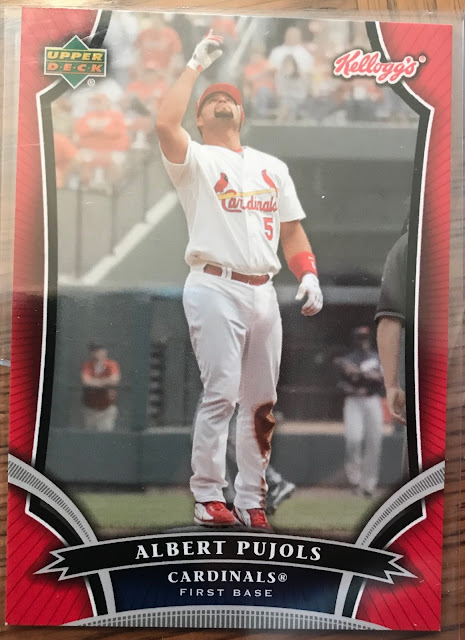 
Here is a link that I displayed previously with the checklists -

A Site Which Has Japanese Kellogg's Card Checklists

I just added my want list to my blog.  I might have a few duplicates to trade, but only for other cards from these sets.
Posted by RunForeKelloggs at 4:49 AM 2 comments: