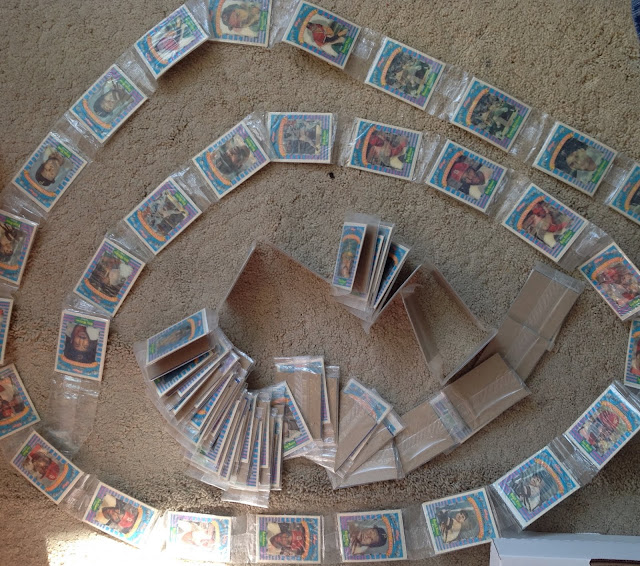 I really like unopened packs of Kellogg's cards.  I have three strings of these 1991 Kellogg's All-Star cards.  All of the packs are still connected.  Has anyone seen this before?

I would really love to pick up something like this from a regular issue.  For this one, maybe I can wallpaper the room.

Posted by RunForeKelloggs at 4:00 AM 5 comments:

I've only got good data from 1978 on the mailing boxes used for Kellogg's factory sets.  I will need to search online later today to see if I can find other boxes.  In a previous post (Kellogg's Factory Sets - Box Sizes) I mentioned the dimensions of each box from 1978 to 1983.  Now I will show a picture of the text on the box - Pull to Open.

The arrows and color of this text seemed to vary.  If anyone can add to this information, please do so.

1978 - this short box had elongated blue arrows.  I also have a long box that has these same arrows and contains the 1979 set. 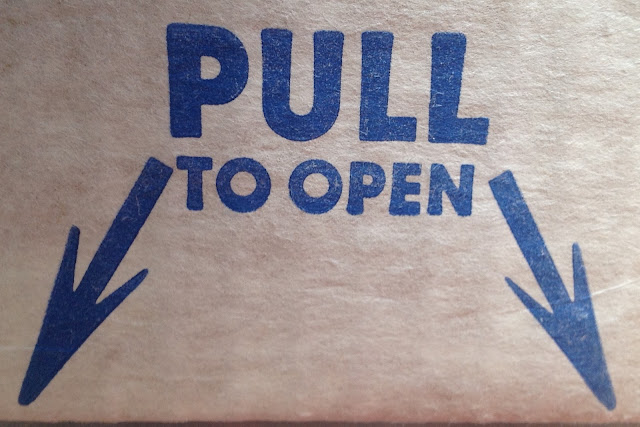 1979 - I only have one 1979 box with the blue arrows shown above.  I have a few others that look just like the 1980 box.  The pictures are not scaled exactly, so I'd need to measure to see if the arrows differ at all.  Are the border markings random or different? 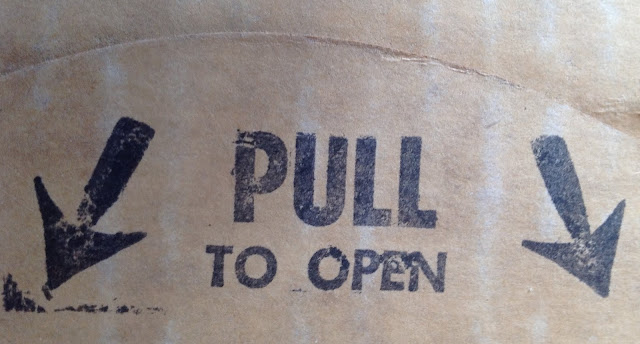 Does anyone have a factory box with red ink?  I'm not certain about what this was intended to have in it but it seems like a 1980 box.  Someone is selling this red ink as a 1980 box.

Some of my factory sets have their mailing labels.  Does that help to determine the year?

Posted by RunForeKelloggs at 2:59 PM 2 comments:

Snow has been another one of the things keeping me from organizing my cards and adding to this blog.  Today the snow is allowing me time since my school was canceled for today.

I'm skipping Babe Ruth for now, #13 in the set, since I forgot to get the picture.  On to Cy Young. 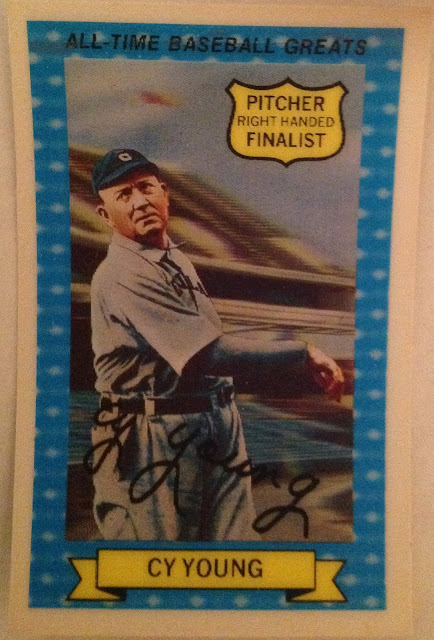 Even though the focus of these cards is the back, the front is certainly interesting.  Young was only a "finalist" and not the "Greatest Right Handed Pitcher".  That honor went to Walter Johnson who is honored with card number one in this set.

Why isn't the pitching award the Walter Johnson Award?  More about that when I discuss Johnson's card. 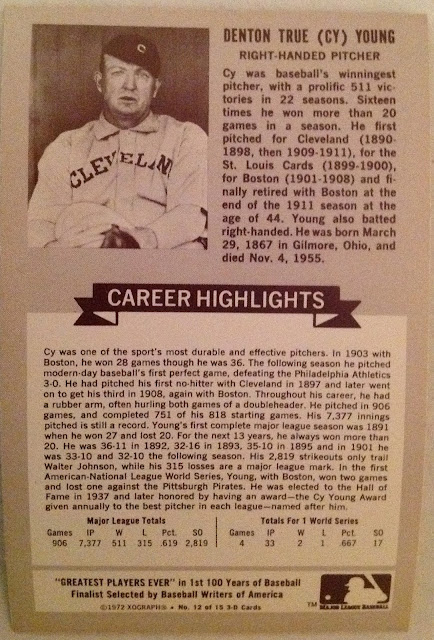 Wow, he won 20+ games in 16 different seasons.  Well, he did start an average of 50 games per season during his first eight seasons.  He often pitched both games of a doubleheader.

He was quite durable as evidenced by his leading the all-time lists in wins, lossess, games started, complete games (749!) and innings pitched.  The last time that all of MLB exceeded 749 complete games was 1980.

Mariano Rivera got 100% of the votes this year.  When Young was elected, he received only 153 of 201 votes.  Things were certainly different at the start of the Baseball Hall of Fame.

Posted by RunForeKelloggs at 5:59 AM 2 comments:

A Few New Unopened Cards and A Set Completed 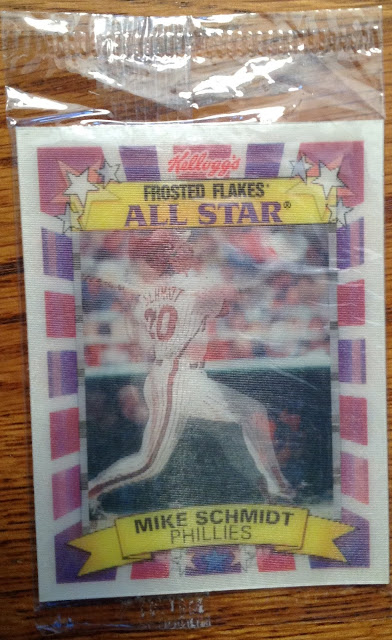 I was pleased to get this Mike Schmidt in the mail today.  Notice that it is the Frosted Flakes version, which means that it is from the Canadian set.  This was the last one I needed to get a complete set of unopened packs.

I've already got the entire set of these hockey cards that Kellogg's issued, but I can't pass these up when they are just over $1 each.

I haven't picked up much of anything lately and the sorting has stopped since I am back to school and track season has begun.  Since I've also decided to continue marathon training I've been busy and then tired.  I have no intention to do another marathon soon, but I like the training.

Posted by RunForeKelloggs at 4:34 PM 2 comments:

Has anyone seen more of these?
Posted by RunForeKelloggs at 7:07 PM 2 comments:

Two Weeks and All I Sorted - Kellogg's Basketball Cards

I actually got a lot of work done on my sports card collection, but not much was done with the Kellogg's cards.  Why?  I decided to sort everything but Kellogg's, Hostess, golf  and Sportscaster cards because I am trying to downsize.

I was able to divide the cards by sport as well as creating a pile of junk cards to send off to Goodwill.  Reorganizing also frees up space to sort the stuff that I plan to keep.  Unfortunately, I didn't get to the cards that I really like, so the process was a bit boring at times.  I hope to be able to continue organizing once track starts in a week.

I did end up sorting the Kellogg's basketball cards.  It turns out that I have more sets that I ever want to admit to owning.  If you want to trade me anything for one (or 5) just let me know.

It's too bad that the set didn't utilize the 3-D effects that has been used otherwise.  They also used college action shots which is fine, but the photo quality isn't very good for plenty of them.