Are Card Shows Back?

There allegedly was a card show in suburban Chicago last weekend.  Did it happen?  Did anyone attend it?  How did it differ from shows in the winter?

Sadly, I was near the show, but I was working.
Posted by RunForeKelloggs at 6:45 PM 1 comment:

Email ThisBlogThis!Share to TwitterShare to FacebookShare to Pinterest
Labels: All Kellogg's

I found some of these comments about Eddie Murray's 1978 cards worth thinking about.

What do you think about this?
Posted by RunForeKelloggs at 6:40 PM 2 comments:

I Finally FInished a Kellogg's Set

It has been a long time since I finished a Kellogg's set.  This was a small set. 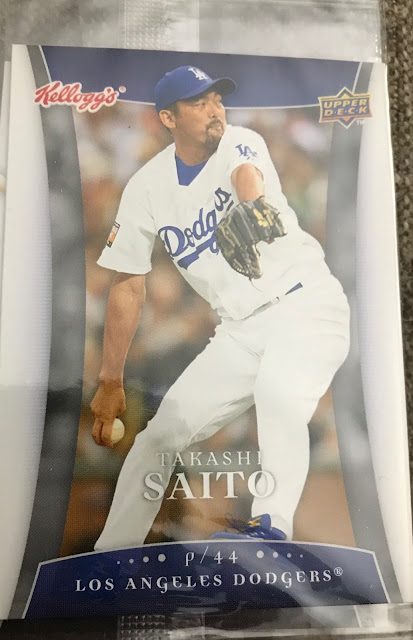 Takashi Saito was the last card I needed for the 2008 set from Japan.  I have the cards in the original wrappers.  I have extras of some of the cards if anyone would like to trade.  My list of needs from the Japanese sets are shown on the right side of the blog.  I have not been able to find cards that have been taken from the wrappers.

Posted by RunForeKelloggs at 8:13 PM 4 comments: