In the 14 years of Kellogg's card production, 10 players appeared on a card for three different teams.

Reggie Jackson (Athletics, Yankees, Angels) appeared on his third team in 1983 when he was shown with the Angels.  There is no Orioles card for Reggie, a common complaint among Topps card collectors. 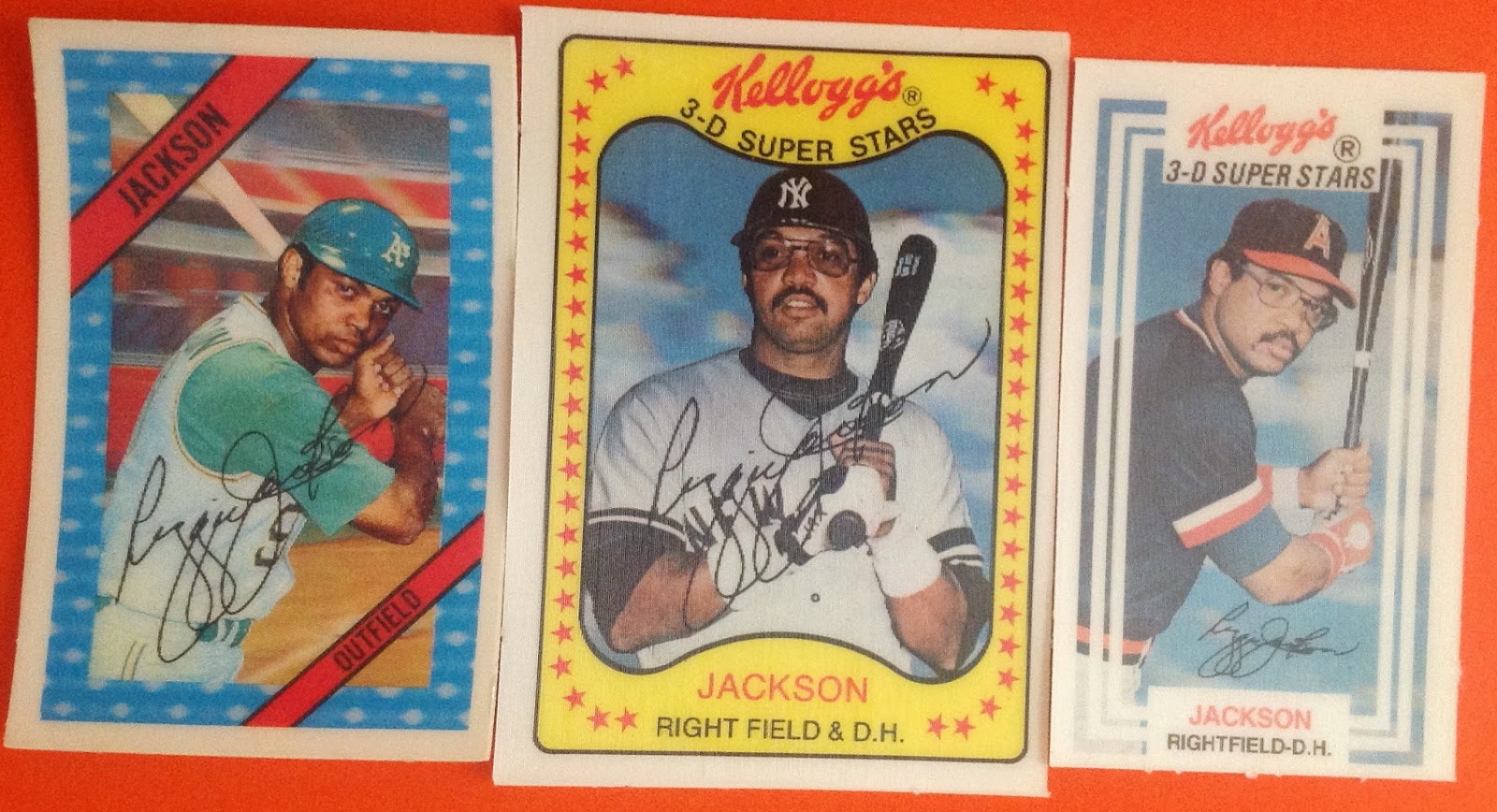 Tommy John (White Sox, Dodgers, Yankees) only showed up in three Kellogg's sets.  He played at least six years with each team in a career than lasted 25 years. 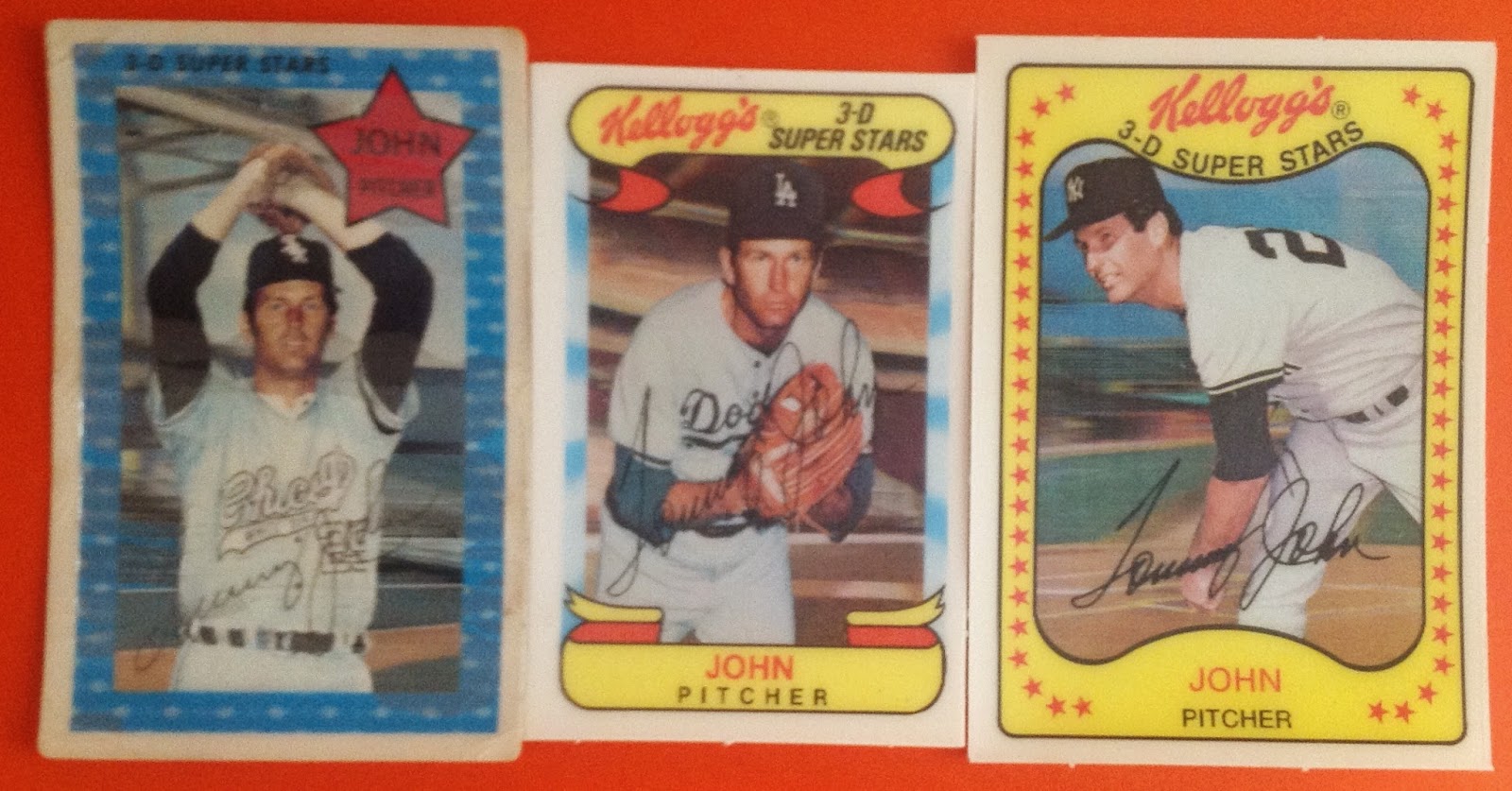 Dave Kingman (Giants, Mets, Cubs) had five Kellogg's cards including Mets cards from two different stints.  His 1977 card shows him as a Met.  In 1977 he also played for and hit at least one home run for the Padres, Angels and Yankees.  Those teams were in all four MLB divisions that existed in 1977. 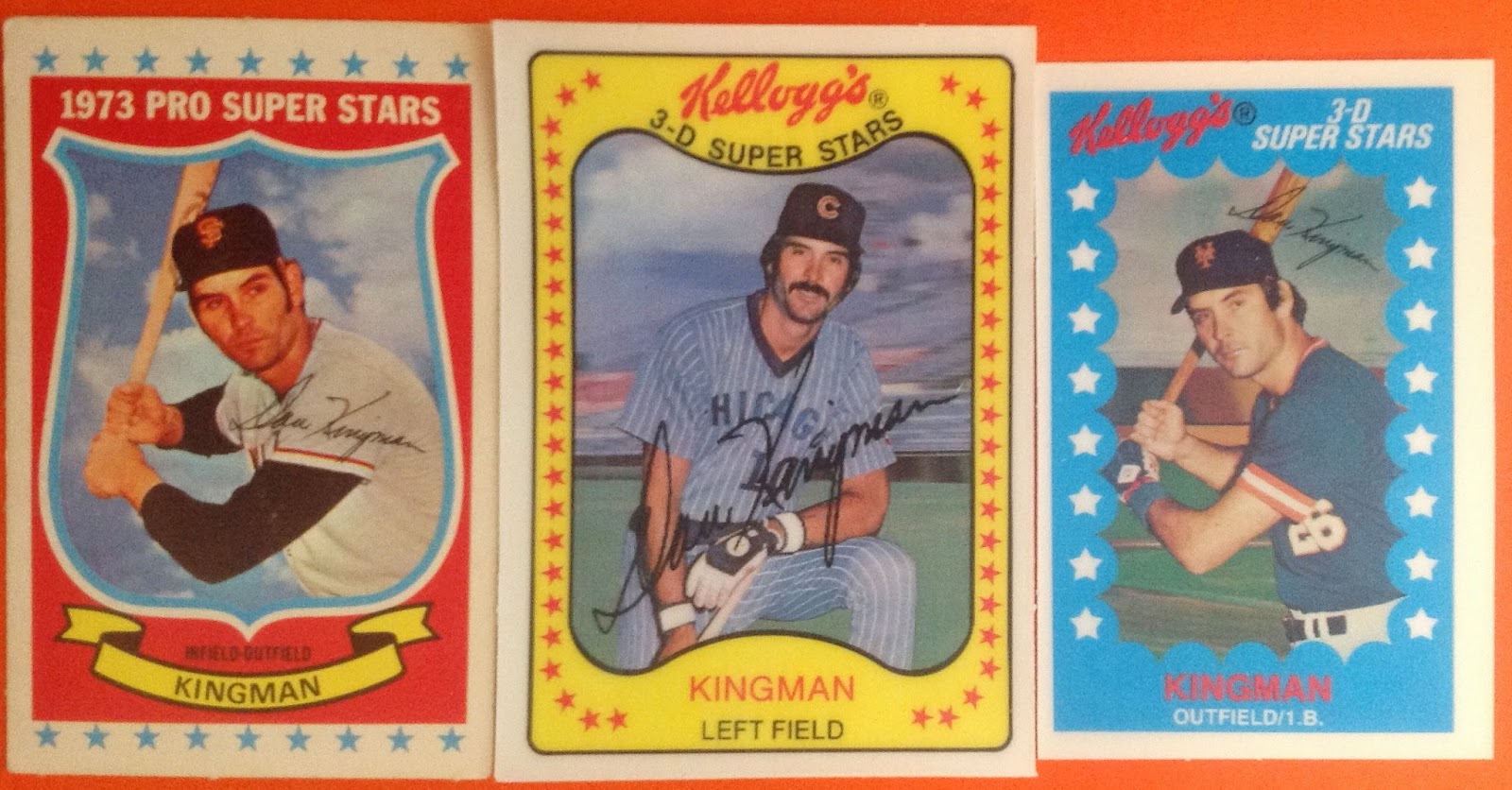 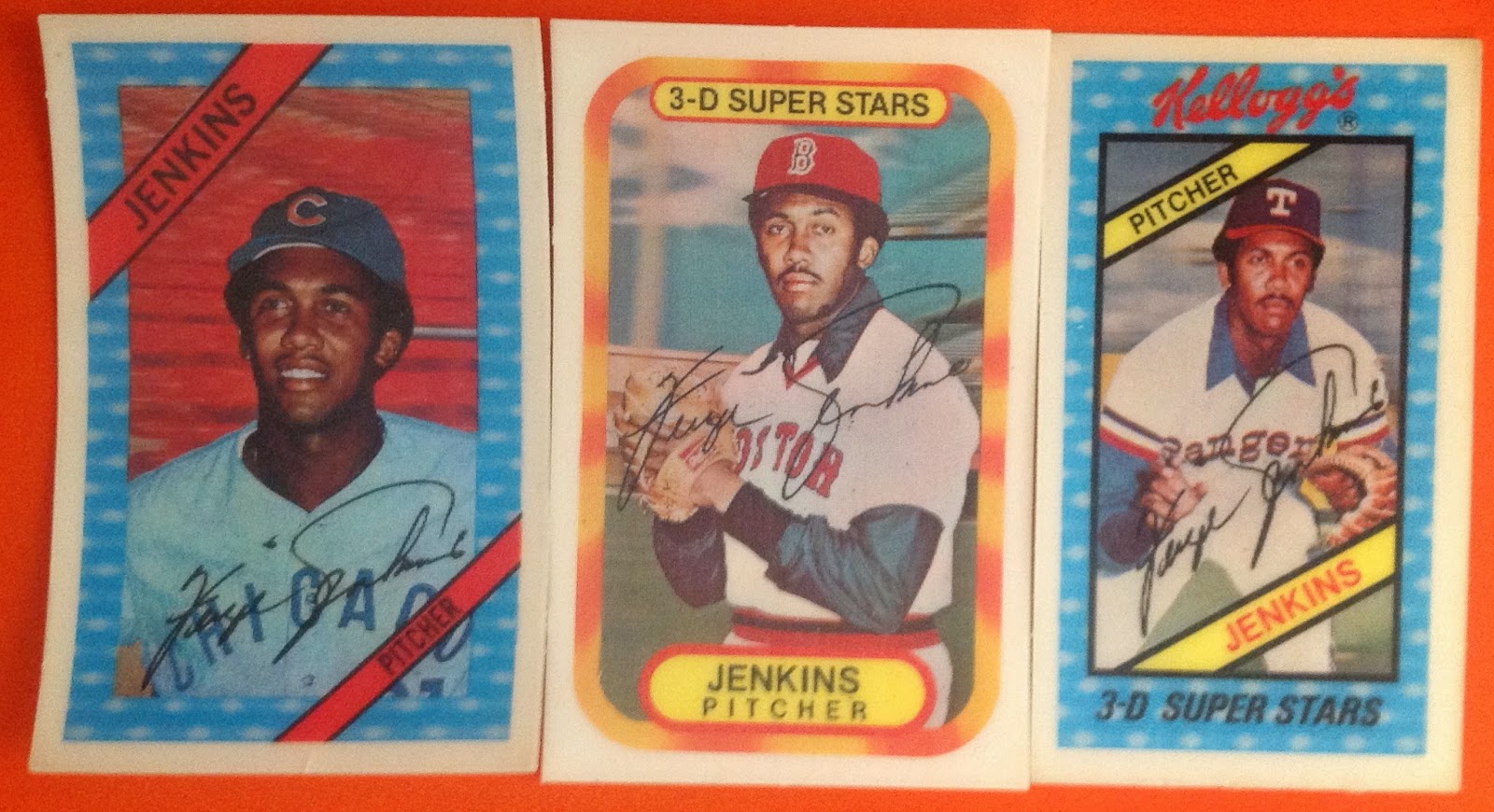 Andy Messersmith (Angels, Dodgers, Braves) showed up only three times.  He is known for his role as one of the first free agents. 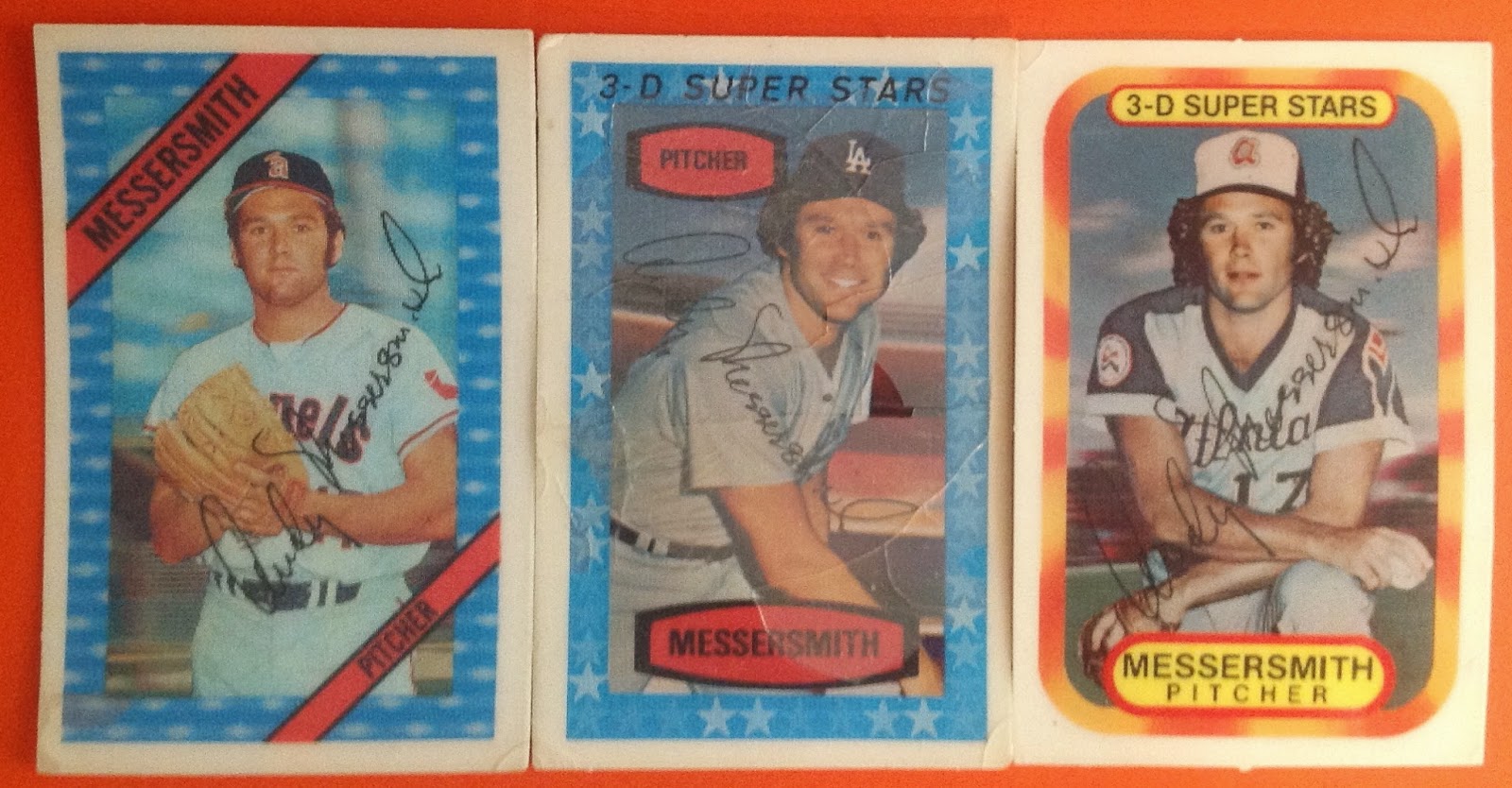 Rick Monday (A's, Cubs, Dodgers) also only appeared three times in Kellogg's sets.  Even though I remember him as a Cub, his four years in Chicago was shorter than his stints with both the A's and Dodgers. 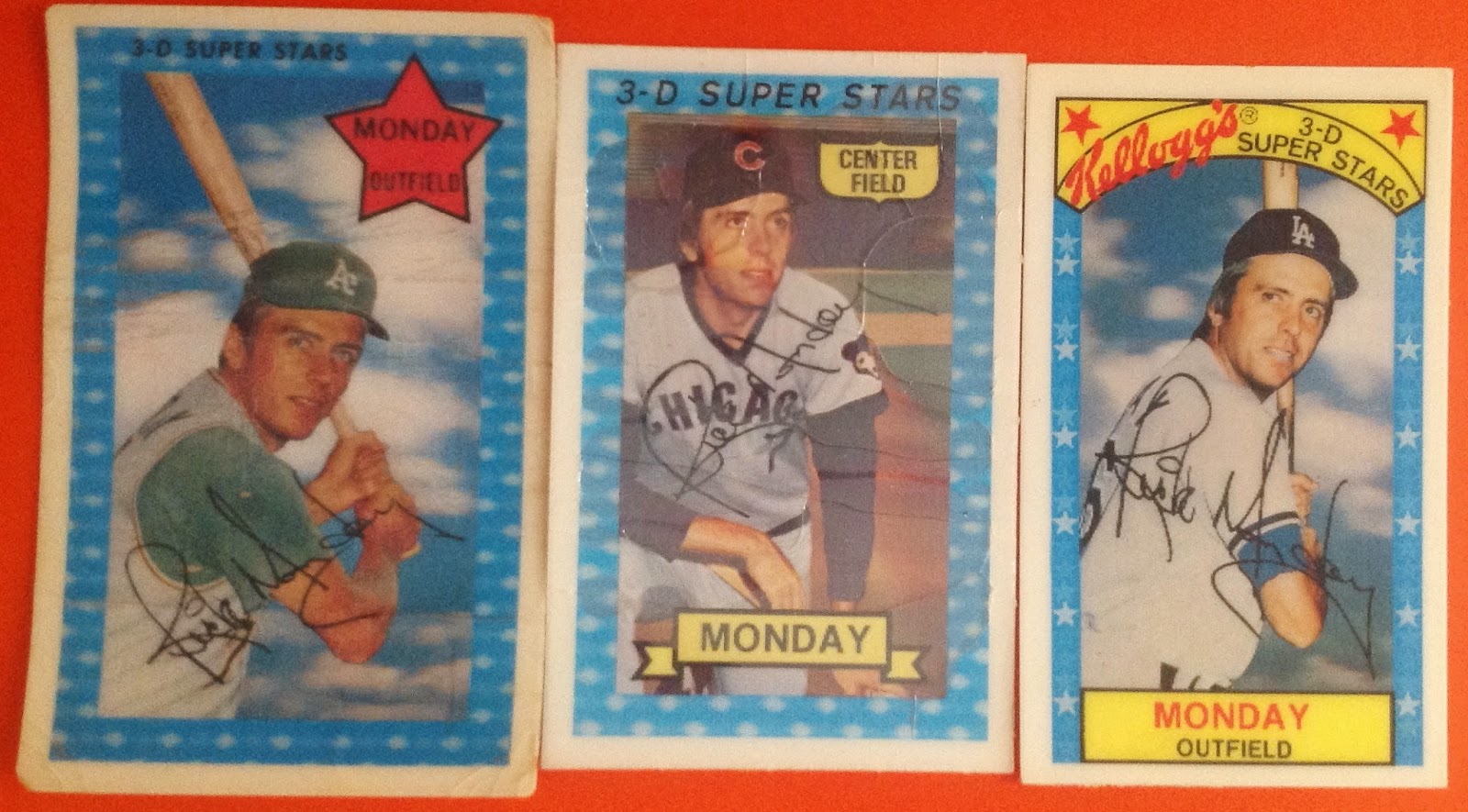 Gaylord Perry (Giants, Indians, Padres) only played two years with the Padres.  He also played for Texas (twice), the Yankees, Atlanta, Seattle and Kansas City in a 22-year career. 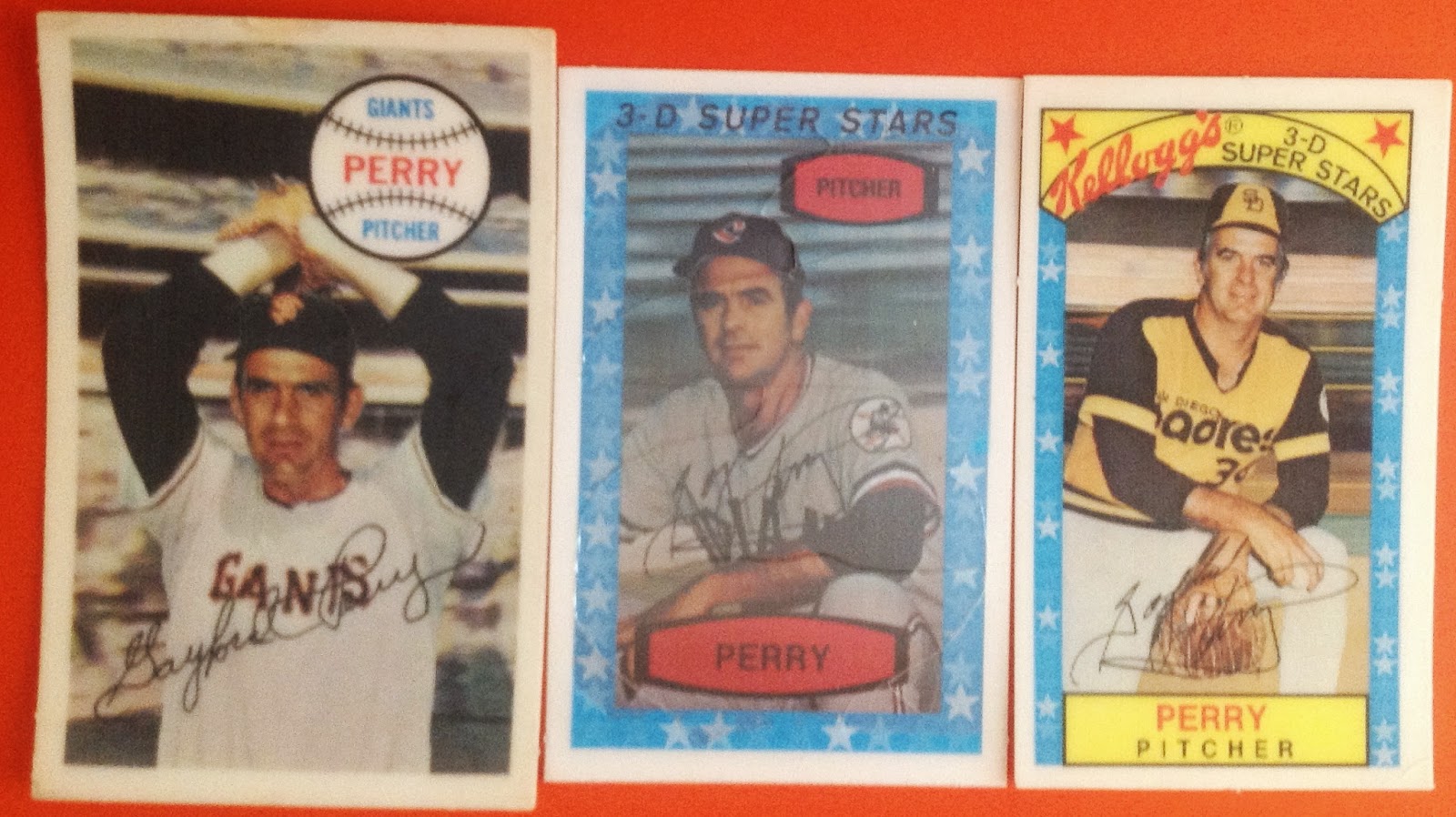 Reggie Smith (Red Sox, Cardinals, Dodgers) was a star player for all three of the teams that he represented on a Kellogg's card. 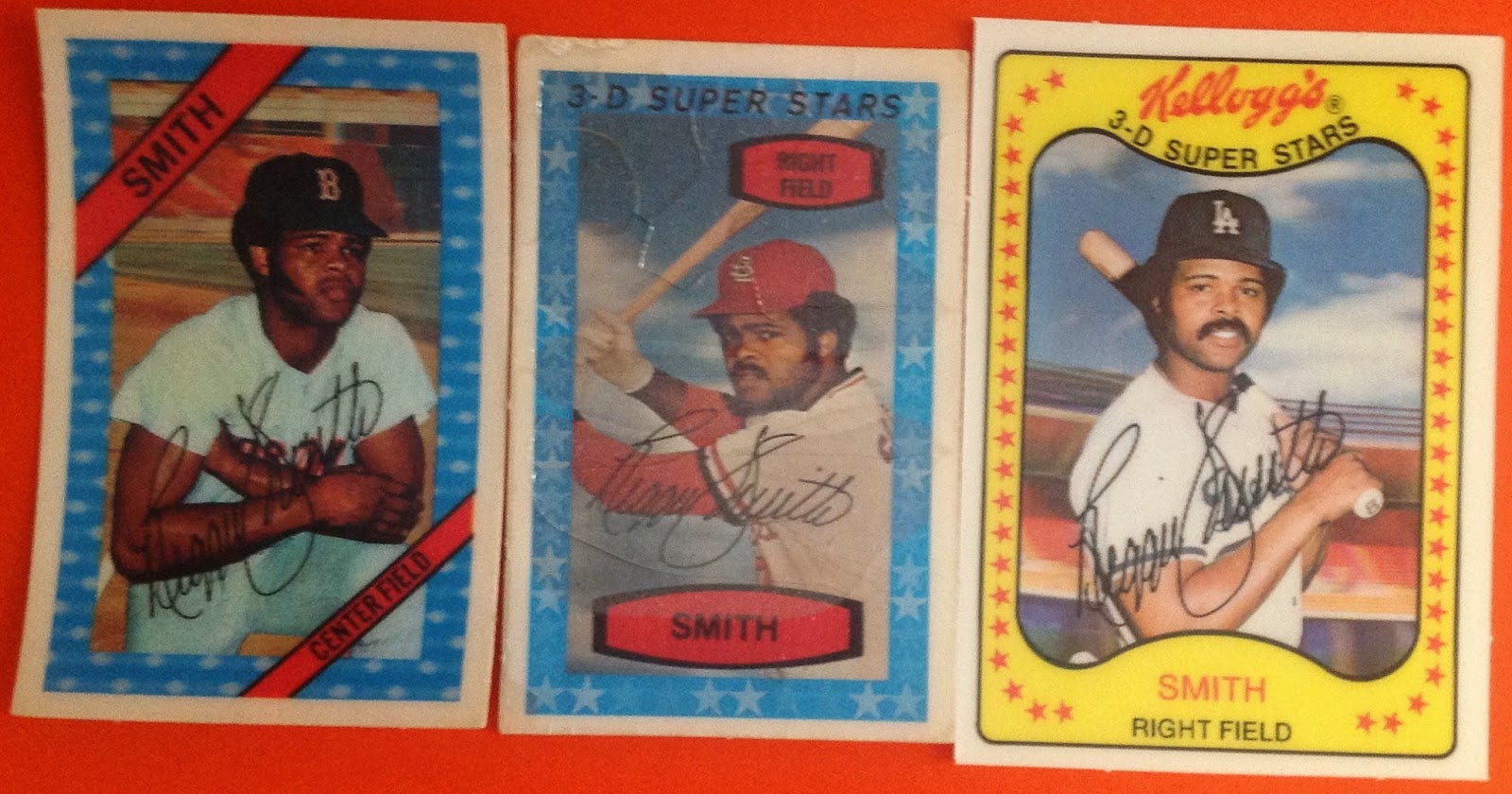 Richie Zisk (Pirates, Rangers, Mariners) also was shown on three different team for his three Kellogg's cards.  He also played for Seattle and Chicago, where we had his top RBI season.  I certainly remember him as a White Sox player.  I was surprised that he only had one season with the Southside Hitmen. 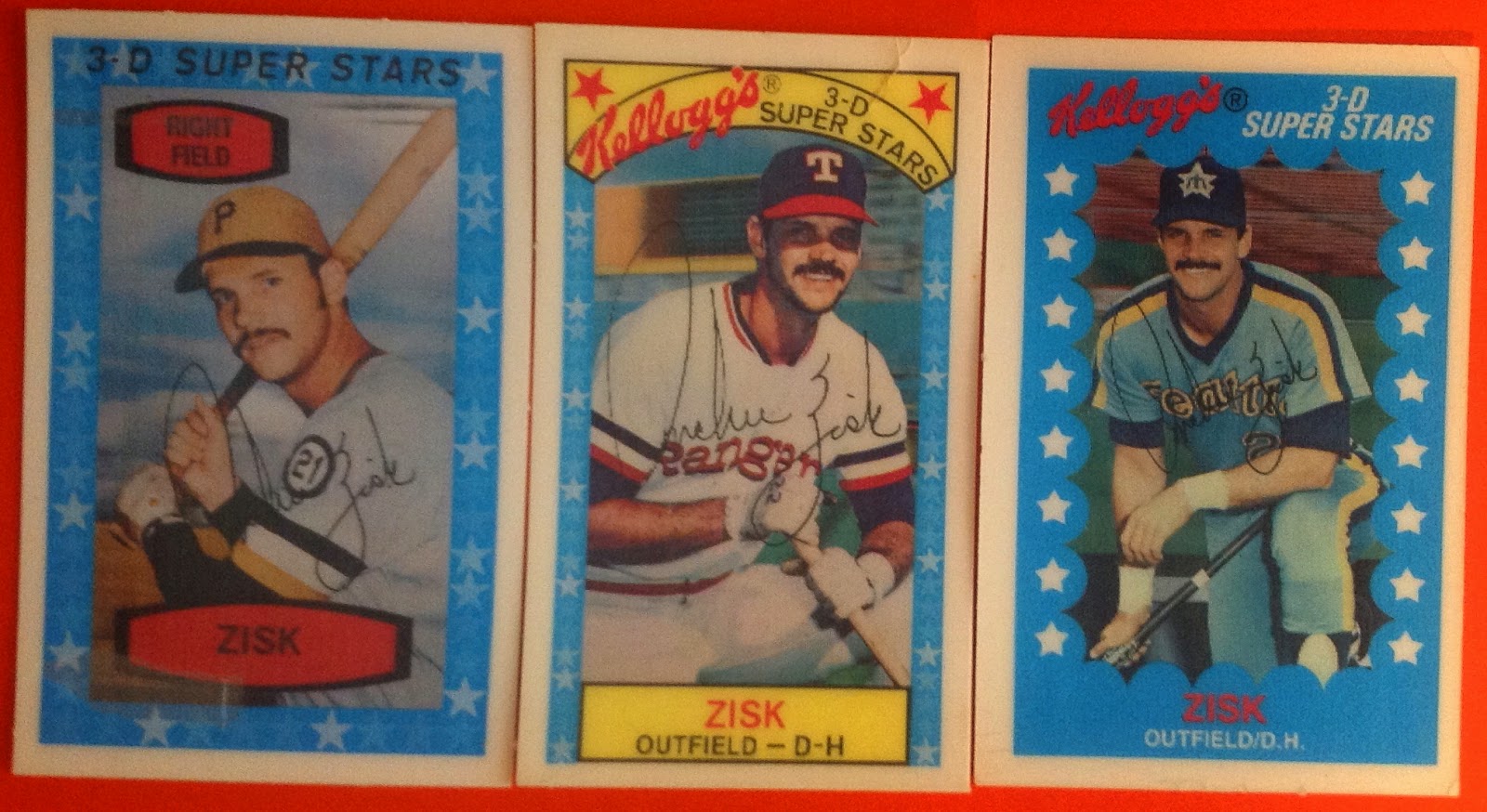 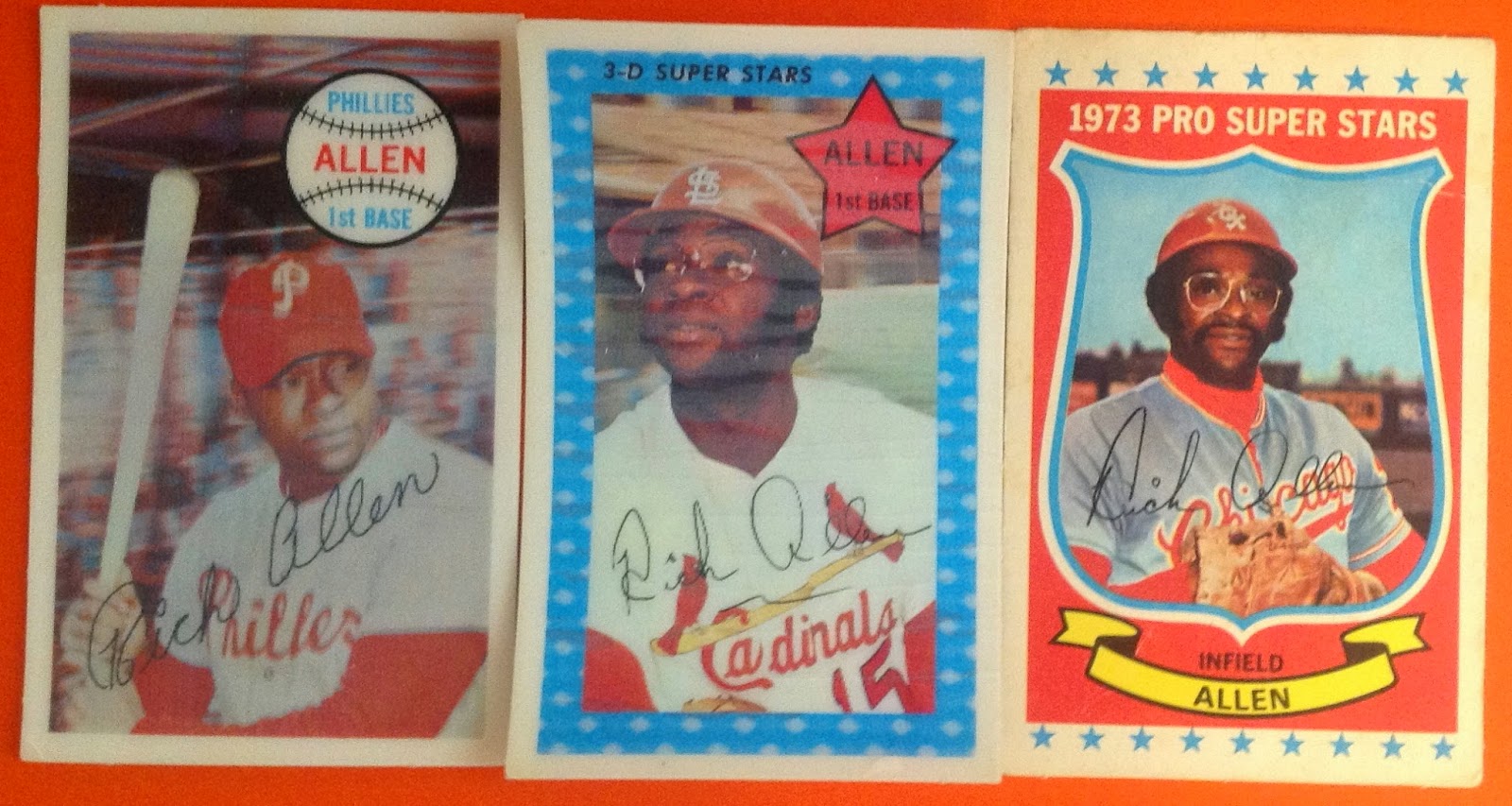 His 1975 card show him in a White Sox uniform on the front, but there is a Braves logo on the back which reflect his trade to Atlanta after the 1974 season.  He never played for Atlanta, which is a story for a future day. 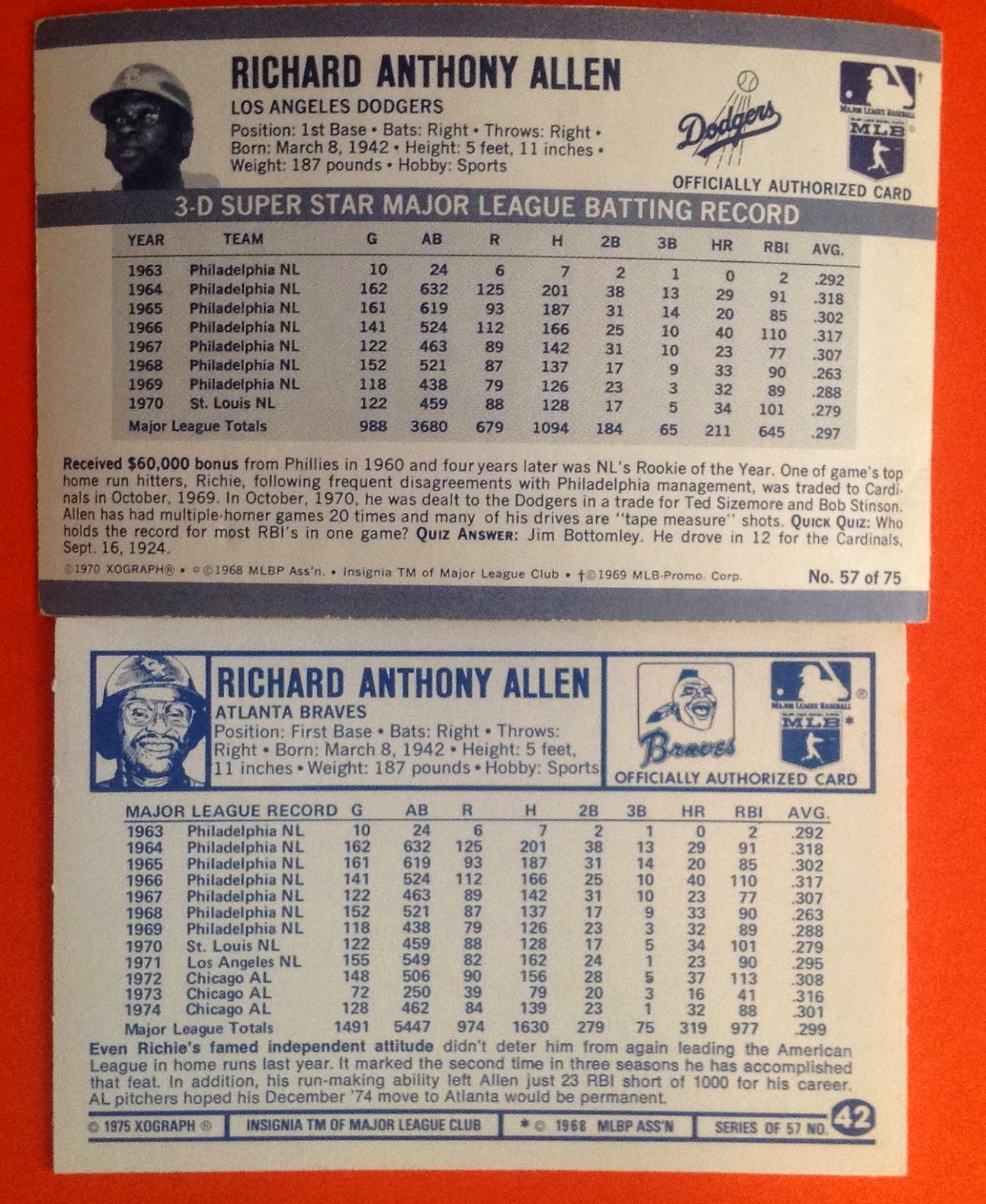 Posted by RunForeKelloggs at 10:00 AM