Finally Making a Dent in an Unopened Kellogg's Set

The 1976 Kellogg's set has always been one of my favorites since those came out when I was pulling them from cereal boxes before doing my paper route.  I finally made a dent in my unopened set with a purchase of the 16 cards shown below. 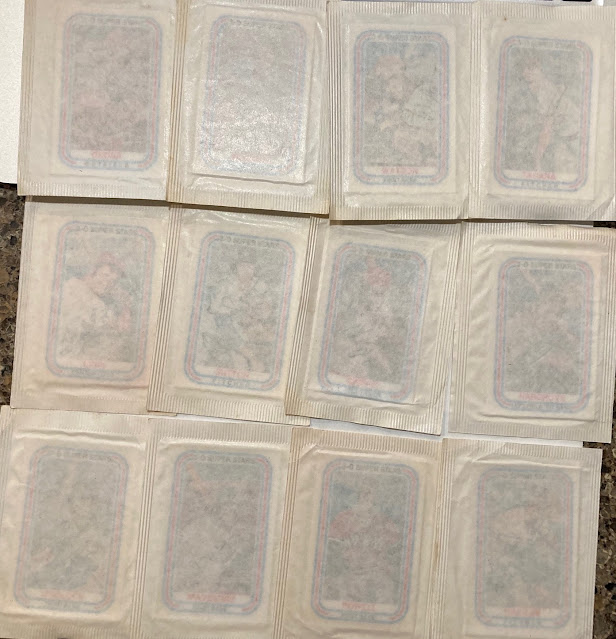 It also was my first significant purchase in a long time.  I found a few other things recently, so maybe things are looking up.

With that purchase, I now only need six cards for the set.  Here is the list. 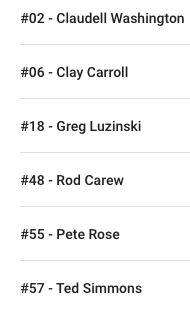 When I started this set I was going with the assumption that cards 1-3 (Hargan, Washington, Gullett) could not be found in packs.  I even posted about it  (Fake 1976 Unopened Packs).  Since that time I've probably seen Gullett's available in the package about five times, Hargan maybe three times and Washington once.
I remember the Washington auction because it was a lot of maybe 15-20 unopened packs from 1976 and there were two Washingtons.  I bid aggressively, but didn't win.  If you did win and want to trade the extra one, I now have extras of both Hargan and Gullett.

Does anyone remember ever getting one of these cards in a cereal box in 1976?  I have no memory of that and I don't remember anyone trying to complete a set that year.

Posted by RunForeKelloggs at 5:00 PM